The Votes Are In: Results from the Vote on the Tokenomics Proposal for $BET 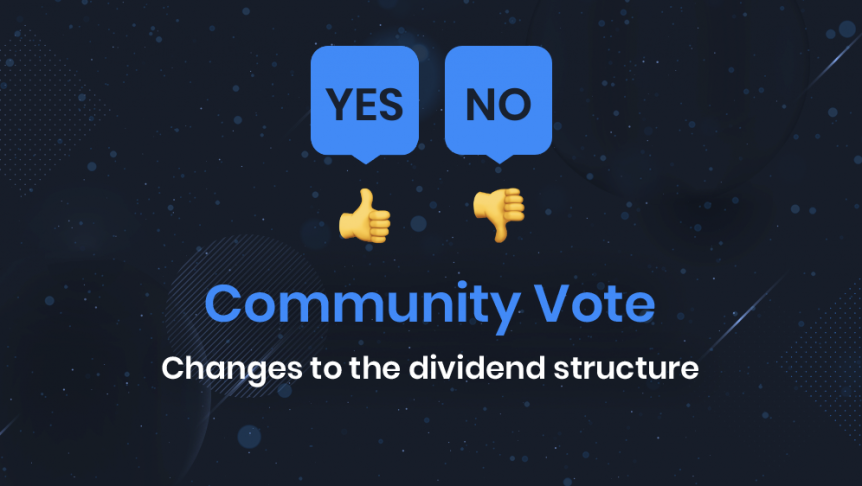 Over the last two weeks, BET holders took part in the first community poll to vote on proposed changes to the BET dividend structure. This was the first vote to incorporate BET stakeholders in major decisions that involve the token and EarnBet platform.

In a move to provide BET holders with a greater say in the BET ecosystem and push the BET token past just dividends, EarnBet has developed a voting system to poll the community on important decisions.

EarnBet’s decentralized voting system leverages cryptography to poll users based on their stake weight while ensuring provably fair results. Every user’s vote is cryptographically signed, with information such as Staker ID, Vote, Date, Tokens, and Stake Points published on EarnBet.io/vote.

The proposal involved using altcoin dividends (excluding BTC and ETH) to buy back BET tokens at market price in an effort to create more BET buy pressure, thus bringing more players to the platform and ultimately increasing dividends for BET holders. In addition, 50% of the purchased BET tokens would be redistributed to BET holders during a “Big Yearly Payment” event while the other 50% would be provably burned. More details can be found here (you must be logged in to see).

BET inflation has already been drastically reduced, with the mining rate decreasing by 4x and a maximum of 10,000 BET tokens being distributed through the weekly leaderboard.

So, in light of the total vote count signalling strong support from a majority of token holders, an overall majority in favor by Staked BET and Stake Points, and support from the EarnBet Team, we will be moving forward with these changes at this time.

Beginning now, we will start to roll out the changes. As per the proposal:

1. We will continue distributing BTC and ETH as dividends as normal, distributed monthly.

2. All other altcoin dividends (effective from the start of this month) will be instead sent to a pool to buy back BET off the market in a provably fair way.

3. A decision has not been made yet regarding the usage of the remaining 50% of BET tokens purchased off the market. We may re-engage the community to receive input on the frequency of distributions to BET stakers (monthly, quarterly, annual) or whether these tokens should be burnt instead of distributed.

We thank all of the BET holders who weighed in on the proposal and are excited to continue engaging the community in important decisions regarding the platform and the BET token in the future. Stay tuned for coming votes and updates!

EarnBet is the first decentralized casino, paying dividends in multiple cryptocurrencies to players and $BET token holders. EarnBet received its gaming license in 2018 and has distributed over $5 million in dividends to date.
To join in on the fun, visit EarnBet.io and try your luck at Dice, Blackjack, and more!