In its current state, the EOS blockchain is no place for dApps like EarnBet with commercial-scale aspirations. 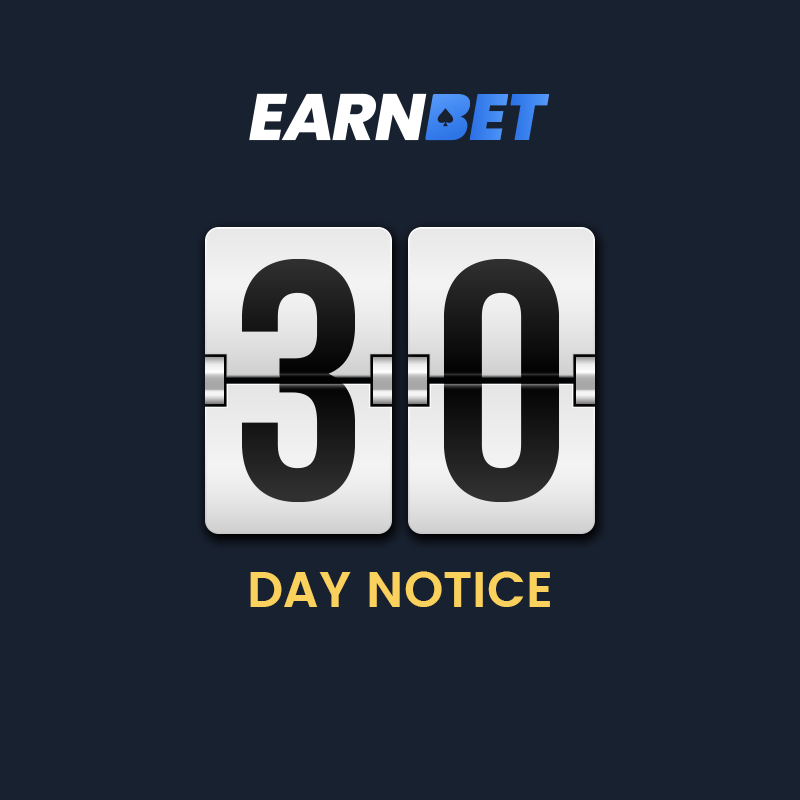 The EOS mainnet is in a sad state. With intense network congestion and spam, users are unable to access their EOS accounts. Currently, the network requires around 30 EOS staked to an account in order to perform a single transaction each day. Once billed as “free transactions for all,” effective EOS transaction fees now surpass even those of BTC. Instead of needing to pay $0.25 to transfer BTC, EOS users need to stake over $100 of EOS to make a single transaction on the network.

The only feasible way to make transactions on EOS is by purchasing resources for 30 days via the REX system contract. What started as “zero transaction fees” turned into the most convoluted and confusing transaction fee model in the history of blockchain. Even worse, the REX contract has been in “emergency shutdown mode” for over three weeks, where users cannot withdraw their EOS and new REX loans cannot be issued.

Imagine you’re a new EOS user who wants to make around ten to twenty transactions per day. To get started on the EOS mainnet, you’d need purchased thousands of dollars of EOS from an exchange to stake into your newly created account.

Mass adoption is clearly not around the corner.

Although features released in EOSIO 1.8 allow dApps to pay for user’s CPU, neither dApps nor users are able to cover CPU charges due to skyrocketing network prices. All decentralised apps have had a string of outages over the past month, and for the less fortunate ones, zero transactions on their platform during this period. DApps that have not had outages are not dApps at all, but rather, centralized applications masquerading as “d”Apps with a Scatter login.

How Has This Affected EarnBet?

At EarnBet, we completely cover CPU costs for our users via our decentralised account system. Users can signup on EarnBet.io, deposit EOS, BTC, LTC, ETH, or BCH, and start betting instantly. Our BET token holders have received over $4 million of dividends in these tokens.

Following our rebrand from EOSBet and some additional marketing, our platform has grown rapidly, with many new players joining the community. Non-EOS token deposits have increased sharply, and last Saturday we distributed a record 34 ETH in dividends!

However, with runaway CPU prices we simply cannot rent enough resources to keep up with our growth and keep our smart contracts online. We’ve been forced to repeatedly raise our minimum bet to decrease betting volume (currently at $2.00, which is unacceptable for an online casino). Worse, at crucial times during the day we have too many bettors online and max out the CPU in our smart contracts. Presently, EarnBet.io can only support 3-4 simultaneous bettors at once. Any more than this and our contracts cease to function.

This is very frustrating as a business. Our team has worked tirelessly on this platform since well before the mainnet launch in 2018. We’re finally in a place where we can reap real returns from our marketing efforts and significantly increase our user base. But instead, our marketing programs must grind to a halt for fear of too many players.

Our goal has always been to be the first dApp to reach mainstream adoption. In order to do this, we need to be able to sustain over 10 bets per second. This is currently not possible on EOS.

How to fix this problem on EOS

Fixes have been proposed, like changing the REX contract algorithms and removing the lock that currently prevents any resource rentals. However, these stopgap measures are not legitimate fixes to the issue. This problem is not an algorithm problem nor a smart contract problem. This is a governance problem.

Yes, improving REX algorithms will inspire a free market and ensure that resource rentals go to whomever is willing to pay the most money for them. But therein lies the problem.

In the short-term, it’s nearly impossible to compete with every pump-and-dump dApp that conspires to use system resources. With some funding and hype-fueled marketing, it’s easy to create a spam application that can consume system resources and produce returns. Of course, these returns will not last, but for the time period in which they are greater than what dApps can produce, system resources will be monopolized by this application.

Take the current EIDOS mining craze as an example. The Enumivos team was able to make a smart contract that transformed system resources into a greater value than what dApps could produce. This has completely shut dApps out of the network for the past three weeks. They’re doing it again, and will likely be followed by others. We cannot run a business with this type of uncertainty, and we know other dApps and EOS community members feel the same [1][2].

A blockchain needs proper governance in order to make important decisions for the health of the chain and its participants. EOS does not have governance, but instead has been turned into a free for all. An application that solely exists to spam and DOS the EOS network like EIDOS should be regulated by an active and functioning blockchain governance system.

During its year-long ICO, EOS billed itself as “EOS: The Blockchain for Commercial Scale.” A corporation or enterprise will not build on a blockchain where their application can be taken off the network at any moment by a seemingly valueless resource mining scheme. If this is an example of “the chain working as intended” then EOS and the dApps built upon it will never scale to their full potential.

Currently, the EOS incentive model is structured in such a way that it encourages behavior that is good for the individual but not necessarily good for the blockchain as a whole.

EIDOS is currently using user’s REX loans against them and preventing users from accessing the network. Under ten accounts contribute 99% of the network spam.

These accounts must have their REX loans revoked by block producers. If the block producers are too afraid (or too indifferent) to make a decision for the betterment of the EOS network, then we will move to a chain with a governance structure that better aligns the incentives of all stakeholders.

Where will we move?

If you are a supporter of an EOS side-chain or sister-chain project, then we are interested in talking with you. Please PM @EarnBetAl on Telegram and explain what makes your chain suitable to host our project. We are very interested to hear what you have to offer.

EarnBet.io is dedicated to providing the best decentralised gaming experience for our players. We initially deployed our platform on the Ethereum blockchain, however, poor scaling forced us to move to the EOS blockchain. EarnBet.io will move blockchains again if EOS does not begin to fix its governance problem.